The Invisible Ones: the street children of Russia 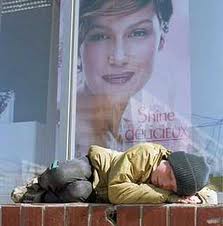 In my last post about the real-life inspirations behind my new book, The Dogs of Winter, I introduced you to those smart, adaptable street dogs of Russia.

Today, I want to tell you about the street children of Russia, one of whom was Ivan Mishukov, the child who inspired my story. Like the dogs, they too were abandoned by their families because they required more of everything--food, drink, shelter, and love--than the adults could give.

Within just a few short years after the fall of the Soviet Union, there were tens of thousands of children living on the streets of Moscow and St. Petersburg. By 1996, the year Ivan Mishukov was abandoned at age four, there were an estimated 80,000 children and teens trying to survive on the streets. Most of these children were known as "social orphans" because they had at least one parent still living.

An article on the BBC in 2002 does a much better job than I can describing the plight of these children:


"Slouched against the station wall, Dima takes a defiant drag on his cigarette.
His fingernails are encrusted with dirt, his oversized red anorak grubby and torn. He is now 13, and has been living rough in Moscow for four months.
"My stepfather's an alcoholic. He used to shout at me and hit me. So I left. Now I live here, at the station. I sleep on central heating pipes, or on a train. The police sometimes pick us up, but they always let us out again."


Leningrad station, like most in Moscow, is dotted with tiny figures like Dima. They wander among the crowds begging money, or loiter near cafes angling for leftovers.
In the darker recesses, boys - some are just five or six years old - bury their noses in plastic bags, sniffing glue.

Officials here estimate there are as many as 50,000 children living on the streets of the Russian capital, begging, stealing and sometimes selling themselves to get by. 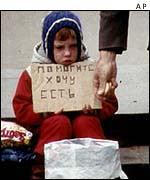 That is more than were left homeless and orphaned after World War II.
Today though, the majority of them have at least one living parent. While they have turned, in most cases, to drink or violence, the authorities have turned away.

Unless the authorities address the root causes of poverty and misery in Russia, thousands of children will continue to choose the hardships of life on the street over life at home."


Since the years Ivan lived on the streets and even since 2002, there has been improvement for the homeless children of Russia. As of 2006, the Russian government had committed almost 6 billion rubles to federal and child homeless and crime prevention act. There has also been a 100% increase in the number of orphanages and shelters for these children. Still, the numbers are disheartening.

Some have said that my book is "too dark" and gritty. I felt very strongly when I worked on Ivan's story that it would be disrespectful not only him but to all the street children if I "Disneyfied" their world just to satisfy an American audience. I am so very grateful to my editor, Arthur A. Levine, for supporting my decision to tell Ivan's story with honesty and compassion.