FIdo and Friend in Five: Martha Brockenbrough, Graham and Rosie!ham, and

So what's your idea of hell? An eternal root canal? Coat shopping with your mother? Mine is being in a windowless room forever.

In Martha Brockenbrough's debut novel, Devine Intervention (Arthur A. Levine Books), there are nine levels of hell. Level 1 is Everlasting Standardized Testing for the Ungrateful. Level 2, Ballroom Dancing with the Elderly, which is especially designed for Jerks. Trust me, you don't even want to know what the 9th Level is. Let's just say it's not pretty. Or funny.

Jerome Hancock is trying very hard not to go to hell. Oh, he was no angel during his seventeen years on earth. Now, newly dead, he finds himself in heaven's soul rehab program for wayward teens. Part of that rehabilitation process is being assigned a person on earth to watch over. A guardian angel, as it were. But Jerome is not the brightest bulb in the celestial kingdom. As a result, many things go awry, including the death of his charge, Heidi. How is Jerome going to ever evade hell now?

I loved this book! It's funny and wise and compassionate. Just like Martha. One of the things I always tell writers (when I'm teaching workshops) is you have to create complex characters. One of the ways to do that is by showing their "soft underbelly"-- the thing that makes them the most vulnerable. Martha is a genius at doing this. All her characters are fully, wonderfully formed. And there's the sweetest little dog in the story too named Jiminy. I know Martha's particularly excited because the film option rights have been sold for the book! Yay Martha!

Martha founded National Grammar Day, wrote game questions for Cranium and Trivial Pursuit, has taught high school students, and edited MSN.com. She lives in Seattle with her husband, two daughters, and their two dogs, Graham and Rosie. Let's meet the pack in today's Fido and Friend in Five!

1. How did you and your dogs find each other?


I have two dogs, Rosie and Graham. Rosie is one week older than my younger daughter, which means I had a puppy and a newborn at once. As a result, there is a yawning black hole in my mind where memories of that era existed. When I was pregnant, though, my beloved Golden Retriever that I'd had since graduation from college died of cancer. I was heartbroken, and the wonderful breeder who'd provided dogs for my family since I was 10 years old let me know she had a puppy for me if I wanted. It was actually kind of wonderful watching my baby and the puppy take naps together on their blanket. We got Graham last year from our state's Golden Retriever rescue society. He is a huge, goofy and sweet dog, and we all have an excellent time together. I homeschool my girls, and we often lean up against the dogs and read. They make excellent pillows.


What doesn't? One great thing about Goldens it that they are warm and enthusiastic about everything. They especially love to go to the park to chase tennis balls. And on Friday afternoons, we have a tradition of giving them something my girls call "wet chicken." It's this fancy kind of canned food that contains entire chicken wings and it sounds completely gross when you shake the can, but it's that thrilling kind of gross that kids love so much. And apparently, the dogs think it tastes mighty fine. Each dog does have a distinct passion. Graham loves tennis balls and starts to quiver when he sees one. Rosie likes sleeping on the bed. But only when it's been neatly made. The kids think it's hilarious to sneak in and find her every morning on the freshly made bed. And she does give this great, "What, am I in trouble?" look.

3. What's your all-time favorite dog story?
Besides A DOG'S WAY HOME? I also love THE ART OF RACING IN THE RAIN by Garth Stein.


4. If Graham and Rosie could change just one thing about you, what would that be?


They do not understand why I need to wipe their paws when they come inside. If the floors got muddy enough, it would be like being at the park all the time. And what could be better than that?

5. In five words, tell us what Rosie and Graham mean to you:
Dogs are a family's heart.


Thanks so much to Martha, Rosie and Graham
for visiting with us today! If you want to read a book that's funny, wise, and thought-provoking, be sure to pick up DEVINE INTERVENTION! And be sure to visit Martha on her website and her blog. 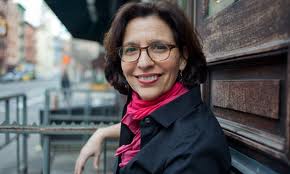