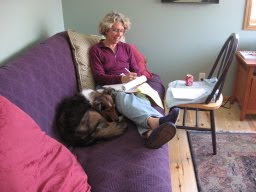 I've always wanted to try that Write a Novel in a Month thing. But, frankly, November really sucks as a time to do it! I mean, hello! Thanksgiving, Christmas madness, new snow.... and it always seems like I'm working on revisions during that month, as I was this month.

Okay, okay. Enough with the excuses. So a group of my fellow middle-grade and young adult writers have decided to do our own version of the November event, except in February. And we're calling it Write Your Butt Off Month (WYBOM). Why February? Well, I chose it because 1) I've pretty much recuperated from the holidays by now and 2) it's the month of Valentine's Day and I love to write and 3) duh: it's a short month!

So my ultimate goal is to have a first draft done of a new book by the end of the month. Which means I need to write at least six out of seven days a week. So I've been cleaning the house today, doing laundry. I'll head out in a little bit to stock up on things to eat that even my husband and stepson can fix, and to get lots of chewies for the dogs. In other words, boiling the hot water and getting the clean towels ready. I'm looking forward to this because I tend to take a looooong time to write first drafts--anywhere from 6-10 months. I edit as I go along. I want to try a completely new way of doing this, of getting this first draft down.

Wish me luck!
Posted by Bobbie Pyron at 11:09 AM No comments:

My teen novel, The Ring, has gotten some great reviews on blogs and in professional journals. And all that's great. But what really makes it for a writer is hearing from your readers! I've been "chatting" on email the last couple of weeks with a teen reader in Charlotte, North Carolina. She recently read The Ring. She not only wrote a report on it, she sent me the poem the book inspired her to write! I tell you, it doesn't get any better than that. Many thanks to Angie for allowing me to post her poem about my book for you to read:

The Ring
I step into the ring and all my problems go away
The last thing on my mind is the drama of the day
I look to the crowd to check out my supporters
I gather up encouragement from someone in my corner
I step up to my opponent watching fear in her eyes
Take a deep breath and keep my eyes on the prize
Jab, hook, uppercut I give her a blow
Bouncing around the floor, so light on my toes
My technique, my finesse, so calm I'm the best
I step out the ring having defeated my past stress

Drama in the Snow 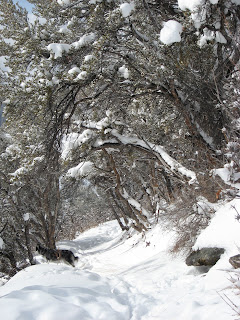 About a month ago, a woman contacted me through my publicist. She's writing a book on the craft of fiction writing and wondered if I'd like to contribute to the section on revision. Another chance at shameless self-promotion? Heck yeah! Count me in! Of course, being who I am, I put it off as long as possible. But once I dug in and got to work on the different sections (characters, plot, scenes), it was thought provoking and even fun. So what in the world does this have to do with the title of this blog? I'm getting there, I promise. Remember, I'm a Southerner. I like to meander my way into things.

So I was snowshoeing yesterday with my dogs way up in the back country. As we ambled along, I thought about the next section I needed to work on for her book: "Show Don't Tell." One of those Ten Commandments of Writing we've all heard a million times. Was there really anything new I could say about it? I noticed one of my dogs digging and sniffing at a certain spot up ahead. When I got there, I was greeted with this sight: blood-spattered snow, a pile of deer poop, deer tracks and some other kind of track--coyote? cougar?--all mixed up together. And big hanks of long, course hair. Most likely deer hair. "Drama in the snow," I muttered to my dogs, studying the scene. What had happened here, I wondered? Had a cougar or coyote grabbed for a deer, drawn blood and hair? Had the deer gotten away? Was the blood even the deer's or was it the predator's? My dogs--with their super-hero noses--probably knew, but they weren't talking. Or telling. Nobody could stand there and tell me anything. The drama was shown in the snow, and I was completely drawn in.

Which got me to thinking: when you tell the reader what's going on and why, you take them out of the story. You rob them of the luxury of discovery, right along with the narrator. When you show the reader emotions, motivations, and deeper truths, they become much more emotionally and even viscerally involved with and connected to the characters. And isn't that what we all strive for, as writers?
Posted by Bobbie Pyron at 1:29 PM No comments: 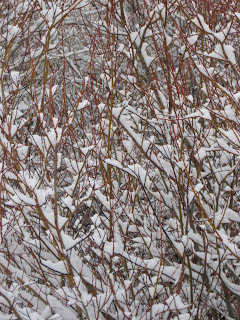 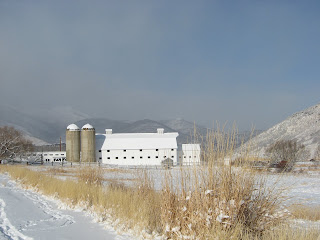 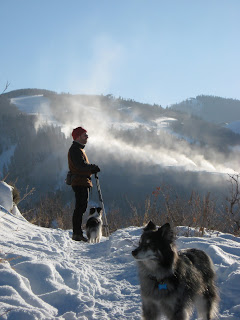 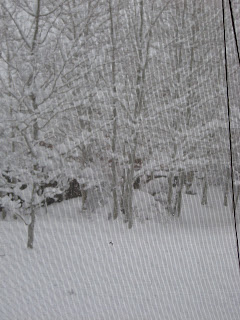 Greetings campers on this snowy, snowy morning! I've had the great good fortune to have THE RING reviewed on a couple of really cool blogs recently. I'm so humbled and thankful for the interest The Ring is generating! Here are the links to the two blogs:

Be sure and check out the other books reviewed on their blogs too. And leave your comments!

Well, the Sundance Film Festival officially kicks off tomorrow. For those of you who don't know, the festival was started about 25 years ago by the actor Robert Redford. It's a chance for independent film makers to showcase their work. It used to be just here in Park City but now they show films all over the area. Still, the lion's share is here in PC. You can always spot the film goers from the locals because the filmies are dressed all in black and are much more fashionable looking than we are. I'll try to get some photos of main street.

I hear a snowblower calling my name--better get out there!
Posted by Bobbie Pyron at 8:54 AM No comments: 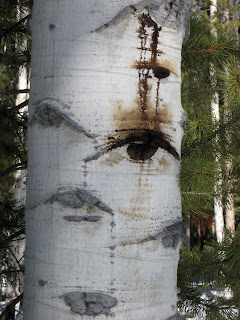 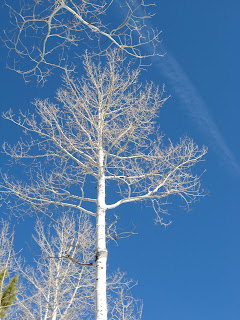 I grew up on the beaches of Florida--first the Atlantic and then the Gulf of Mexico. My mother was a passionate beachcomber. She'd walk for hours looking for shells, odd pieces of driftwood, sea glass. So, of course, I learned to do the same. I'm pretty sure becoming a beachcomber at such a young age and doing it for 18 years is the reason why I've always looked down as I walk. Lately, my husband and I have developed (no pun intended) a passion for photography. I just have one of those little point and shoot digital cameras--nothing fancy but I can easily carry it with me when I'm out hiking/skiing/snowshoeing with the dogs. But the thing about taking pictures is you need to lift your head and look around! And it teaches you to not only look up and out, but to see things in an entirely new way.
So all this got me to thinking about the revision process. Revision means to literally visit something again. And when we do, don't we often see it in a whole new way, especially if we've been away from it for a while? For me, when I write that first messy draft, it's like just snapping a photo of one whole idea. Like a tree, for instance. But during the revision process, I look at the smaller particulars of character and plot development, tone, voice and theme. Kind of like knot holes, tiny pinecones, a leaf. It's during the revision--the revisiting, the "re-seeing"-that we turn a snapshot into a photograph.
But that's just me.
Posted by Bobbie Pyron at 3:19 PM 7 comments:

Getting back in the saddle 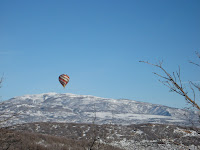 Okay, so I've been a bad, bad blogger. I could blame it on the holidays, or the fact that I was finishing up final revisions for my editor for my 2011 book, A Dog's Way Home. I could also blame it on having an injured stepdaughter. But really, I'm still struggling with this blogging thing. I mean, who does it help? Who does it serve? But my one New Year's resolution was that I'd give blogging another shot. So here's to a new year, new adventures, new mistakes, and new surprises! And hopefully, a new manuscript. My agent would really, really like me to write a new book this winter.

What's your hopes and dreams for the new year, new decade?
Posted by Bobbie Pyron at 3:12 PM 2 comments: