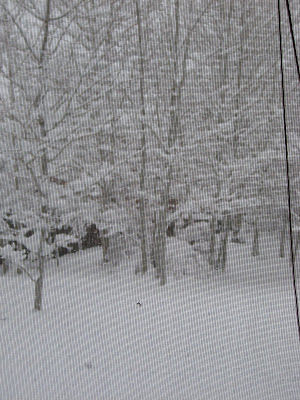 First of all, yes I am still on cloud nine after the endorsement I got yesterday from the amazing Patricia MacLaughlan for my book a Dog's Way Home! I mean, it just doesn't get any better! But I've been thinking about two things people said to me when I told them my good news yesterday: one person at work said to me something along the lines of, "Wow, it's really coming together for you and it seems like it's happened pretty quickly and easily"; my sweet husband said, "You've done it, babe, and you did it all on your own!"

Here are two things I know after writing for the last six years: for 99% of the writers out there (including me) it does NOT come easily or quickly, and no writer does it all on their own. For me, I've been writing seriously--meaning with the intent/hope to publish--for about six years. I first started submitting to publishers about five years ago. That was five years of languishing in slush piles, of amassing form, "Dear Author", rejections from editor's assistants and agents, five doubt-filled years. It wasn't until my wonderful editor at WestSide plucked THE RING from the slush pile a year and a half ago that there was any light at the end of the tunnel. Finding an agent who believed in me was also a huge step. And I found that agent through a good friend! Although writing in and of itself is a solitary affair, all you have to do is read the acknowledgements page in most any book to see that no writer does it "on their own." From the very beginning, I had my critique group to give me support and encouragement and to push me to be better; I have my family who has always believed and my other friends; I am so lucky to have an agent who I trust and to have now worked with two amazing editors who have taken my diamonds in the rough and made them shine, shine, shine.

So as I sit here in my little office at home trying to write a new story and looking out my window at more snow, when I doubt what I'm doing and whether I can do it, I try to be mindful of how far I've come and all the people who've helped me on this journey.
Posted by Bobbie Pyron at 7:45 AM 6 comments:

I want to share with everyone my excitement about the two amazing jacket blurbs I've gotten for my upcoming middle grade novel, "A Dog's Way Home"! Both are from Newbery-Award winning authors, which is quite humbling. The first is from Gary Schmidt, author of "Lizzie Bright and the Buckminster Boy" and "Wednesday Wars." The second, just received by my editor today, is from Patricia MacLaughlan, who is, of course, the author of "Sara Plain and Tall." Here's what they had to say:

From Gary Schmidt:
This is a novel about the journeys that we take to find our own true North Stars—journeys that call for courage, loyalty, hope, and guts. A Dog's Way Home is at times hilarious, at times mystical, at times page-turningly suspenseful; the heartbeat of this story—like the strong heartbeat of the Sheltie at its center—will stay with you for a very, very long time.

From Patricia MacLaughlan:
"It takes a special kind of storyteller to speak from a dog's point of view with authenticity, as well as
from a child's true voice. Beautifully written, this is an important story that speaks to the special kinship between child and dog. I simply love this book!"--Patricia MacLachlan

A Belated Poetry Friday on Sunday (and other stuff)

I am so lucky to be happily married to a sweet, funny, normal man. This as opposed to my first husband. I was single in between marriages for ten years. But in those years, I was involved with some pretty "interesting" guys. Or as my mother would call them, "colorful characters." A friend of mine is having doubts about her 15 year marriage. Understand, this is her third marriage. In an email exchange, she weighed the pros and cons of divorcing this husband and trying to find another man to share her life with. The idea of dating in my 50s is horrifying and, quite frankly, exhausting. I advised her to get a dog instead. So, in honor of the dating life, I give you this week's poem:

They hang around, hitting on your friends
or else you never hear from them again.
They call when they're drunk, or finally get sober,

they're passing through town and want dinner,
they take your hand across the table, kiss you
when you come back from the bathroom.

They were your loves, your victims,
your good dogs or bad boys, and they're over
you now. one writes a book in which a woman

who sounds suspiciously like you
is the first to be sadistically dismembered
by a serial killer. They're getting married

and want you to be the first to know,
or they've been fired and need a loan,
their new girlfriend hates you,

they say they don't miss you but show up
in your dreams, calling to you from the shoeboxes
where they're buried in rows in your basement.

Some nights you find one floating into bed with you,
propped on an elbow, giving you a look
of fascination, a look that says I can't believe

I've found you. It's the same way
your current boyfriend gazed at you last night,
before he pulled the plug on the tiny white lights

above the bed, and moved against you in the dark
broken occasionally by the faint restless arcs
of headlights from the freeway's passing trucks,

the big rigs that travel and travel,
hauling their loads between cities, warehouses,
following the familiar routes of their loneliness.
"Ex-Boyfriends" by Kim Addonizio,
Posted by Bobbie Pyron at 9:27 AM No comments:

Here's an interview with the Aurora blog folks. You might even learn some things about me you didn't (and may not necessarily want to) know! Enjoy!
Posted by Bobbie Pyron at 2:32 PM 1 comment: