There are two camps of writers out there: planners and pansters. Planners are the ones who outline their whole entire plot before they even write a word. And very often, they've written up lots of notes on their characters and even interviewed them to find out all about them! By the time they sit down to write, they know every thing.

Then there are the "pansters." Pansters don't do any of the above stuff. They fly by the seat of their pants, at least for that first draft. They don't outline (at least not before hand) and they don't know every single hair and idiocyncracy of their characters before they write.

I'm a panster. On of the things I love about writing fiction is the element of surprise. I get chills when the plot takes unexpected turns. I truly enjoy getting to know my characters, just like (hopefully) the reader does. I love to sit back and watch the whole thing unfold and reel out in my head like a movie. It's truly magical...

Which is not to say I don't think about the story after it taps me on the shoulder or whispers in my ear, "Write me." I live with it for a few weeks to see if I stay fascinated by it. If I do, then I write down (in free form) everything I know at that point about it. Often, I never look at those notes again, but it does give me an overall picture, kind of like looking down on a trail from the ridge above. But still, it's magic.

It is in the revision process that I go from the magic to the nuts-and-bolts work: cutting, tightening, and re-seeing. That first draft is all about discovery.

So when I get asked (as writers sometimes do with each other) if I'm a planner/outliner or a panster and I feel embarrassed to say, "Panster," I remember these two quotes:

"You have to play what you hear, not what you know." Miles Davis
"Dont' think. Thinking is the enemy of creativity."  Ray Bradbury

So how about you? Are you a planner or a panster?
Posted by Bobbie Pyron at 3:05 PM No comments:

Fido and Friend in Five: Jacqueline Kelly, Molly and Laika!

Jackie's beloved debut novel, The Evolution of Calpurnia Tate, captured the hearts of many readers as well as the Newbery committee. It's the story of a young girl at the turn of the century in a sleepy little town in Texas trying to stay cool during a very hot summer. Her attempts to find ways to stay cool (back before the days of air conditioning, of course), lead Callie to spend lots of time down by the river with her cantankerous grandfather. Despite his grumpiness, he instills in Callie a love for the natural world and a yearning to live beyond the confines of what it means to be a girl during the turn of the century. Jackie has said she was inspired to write Callie's story during a blazingly hot summer day at her 120-year-old Texas farmhouse. "With the thermometer almost boiling over, I began to wonder how people stood the heat a hundred years ago with no air conditioning, especially since they had to wear all those clothes. Callie and her family sprang to life at that moment." 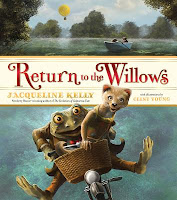 In 2012, Jacqueline's new book, Return to the Willows, was welcomed into the world with open arms! Publisher's Weekly called it, "...an affectionate follow-up to a classic of children's literature, one that succeeds on its own." And it is beautifully illustrated by Clint Young.

Jackie and her husband share their homes in Austin and Fentress with three cats and two dogs, Laika and Molly. Let's meet them all in today's Fido and Friend in Five:

1. How did you and your dogs find each other?  Laika was an abandoned dog living on top of a picnic table down my the San Marcos River. My husband fed her once or twice and--surprise--that's all it took for her to think she'd found a pretty good deal. We believe her to be that extremely rare mixture of chow and coyote. There's actually a word in the dictionary for a dog/coyote mixture: coydog. (My Boo is also a coydog!). Molly is of more refined blood, coming from a pair of purebred Goldens, but she does not lord it over Laika, who is definitely top coydog. Molly was just such a fat, jolly little pup that she stole our hearts when we went to pick her out.

2. What makes Laika and Molly's tails wag?  They both get very excited at meal times (show me a dog that doesn't) but very excited when they know it's time for their run.

3. What's your all-time favorite dog story?  As a youngster, I was terribly fond of the Lad, A Dog series by Albert Payson Terhune (me too!). Sadly, they have been out-of-favor for quite a while now.

4. If Molly and Laika could change just one thing about you, what would that be?  Molly and Laika would like to go on two runs daily instead of just one, thank you very much.

5. In five words, tell us what your dogs mean to you:  Love. Slobber. Hair. Endless vacuuming. Love.

Thanks so much to Jackie, Laika, and Molly for visiting with Fido and Friend in Five today! To find out more about Jackie and her books and her background (did I mention Jackie has worked as a doctor and a lawyer?), be sure to visit her website.
Posted by Bobbie Pyron at 12:23 PM No comments: 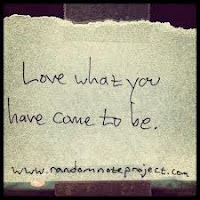 I've decided to do something new on my blog: Once a week (or so) I'm going to post thoughts on a book I'm reading, or a poem I especially love, or a photo, or random thoughts on who-knows-what. Because, as we all know, the universe is random! 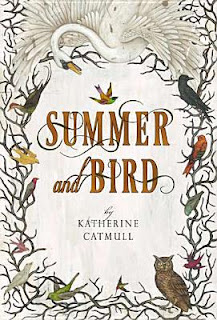 So for my first Random Notes, I want to tell you about a beautiful new book I just finished reading. It's a book that will transport you and haunt you and make you want to be a better writer. At least it did me. The book I'm talking about is Katherine Catmull's devastatingly beautiful debut middle grade novel, Summer and Bird.

Summer and Bird is a story about two sisters in search of their parents. When sister, Bird, lets an owl in the window, their parents mysteriously disappear in the middle of the night. The only clue as to where they have gone and why is a cryptic picture message their mother (who is a mystery herself) leaves behind. The message leads the two girls from the safety of their forest home to a ruined, frozen world known as Down. As the sisters search for their parents, they encounter talking ravens, an evil Puppeteer, a kindly man named Ben, lots of other birds, and the tallest tree in the world. Their search for their parents turns into a search for their truest selves, as well. This is a book that, like any good fairy tale, sings on many different levels. One one level, it's an adventure/coming of age story; on another it's an exploration of sibling relationship and parental relationships; and on yet another level, it's an exploration of loss--loss of faith, loss of expectation, loss of identity, loss of The Mother we all seek. As Catmull writes in the book, We lose our mothers and look for them everywhere. Primarily in ourselves, I think.

Will Summer and Bird appeal to middle grade readers? I'm not sure. It will, though, appeal to readers of all ages who love the work of Phillip Pullman and Sonja Hartnett and Marcus Zusak, and some of Kate DiCamillo's more literary stuff.

I'm so awed by Katherine Catmull's writing, I can't wait to see what she does next!
Posted by Bobbie Pyron at 12:18 PM No comments:

Fido and Friend in Five: Sheila Turnage and Jake!

Lately, I've been attracted to books with the word "Lucky" in the title. Maybe it's because I'm supersticious about the number 13, and I'm trying to take my mind off the fact that this is 2013. Or maybe it's because I've been thinking for the last couple of years on this whole concept of lucky/unlucky (for reasons that shall be revealed eventually). So when Sheila Turnage's middle grade novel, Three Times Lucky, came in to the library, I snatched it up. Then when I read it was set in a small southern town (my favorite setting) and that Sheila lives in North Carolina (one of my very favorite states), I knew I had to read it.

Three Times Lucky is one of those rare stories that is several things at once: a murder mystery, a character-driven novel full of charming, quirky characters, a coming-of-age story, and a story of friendship--all done amazingly well.  As Kirkus said in their starred review: What do you get when you combine Because of Winn-Dixie’s heart with the mystery and action of Holes? You get an engaging, spirit-lifting and unforgettable debut for young readers.

Sheila has also published poetry in a variety of periodicals, and won the Katherine Kennedy McIntyre Light Verse Award for her poem Thank You Note. She's also written several nonfiction books about her beloved North Carolina.

Sheila lives and writes in an adorable house with an inviting porch on a farm in eastern North Carolina. She lives their with her husband, chickens, a cat, and yes, a dog. A very smart dog named Jake. I know he's smart because 1) he's an Australian cattle dog and 2) Sheila says so.

Let's meet this brand new Newbery winner and her dog Jake in today's Fido and Friend in Five:

1. How did you and Jake find each other?  I met Jacob when he was still a pup. He had a number of brothers and sisters (all very cute). I really wanted a dog, and I had come to check them out. I thought I was choosing a pup, but I realized one of the puppies had left the pack and was sticking by me! I had my dog and my dog had me!

2. What makes Jake's tail wag?  Going out to play ball. He also likes to hear "walk" and "ride in the truck."

3. What's your all-time favorite dog story?  I didn't read lots of dog books growing up, but I loved to watch the dogs who had their own TV shows: Lassie, Rin Tin Tin...I loved Old Yeller (though I wasn't crazy about the ending). They were fantastic because they were so smart. And I STILL like smart dogs!

4. If Jake could change just one thing about you, what would that be?  I would develop a complete willingness to fill his bowl on his psychic command.

5. In five words, tell us what Jake means to you:  Smart, funny, faithful, protective friend.


Many thanks to Sheila and Jake for visiting with us today! I know Sheila has to be busy since her Newbery Honor win. Be sure to check out her website to find out all her goings-on and to find out more about her. Jake, make sure your mama still gets out every day to play.