Fido and Friend in Five: Marion Dane Bauer and Dawn! 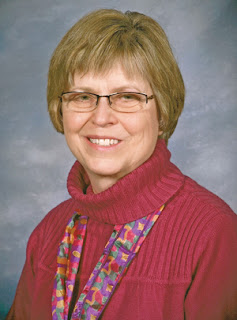 Little dog,
lost.
Little black dog with brown paws
and a brown mask
and a sweet ruffle of brown fur on her bum
just beneath her black whip of a tail.
Satiny coat.
Ears like airplane wings
that drop
just at the tips.
She used to be called Buddy
until no one called her anything at all.
"Hey you!" maybe
or "Shoo!"
Names to run from.
Buddy wasn't always lost.
Once she owned a boy.

So begins Marion Dane Bauer's splendid new book, Little Dog, Lost. This isn't just another "lost dog story." Of course it wouldn't be: it's by Marion Dane Bauer, author of over eighty books including the Newbery Honor-winner On My Honor. One of the many things that made me love this book is the fact that it's written in free verse. This style lends such a power to each and every word, just like poetry or a really good picture book. Or perhaps the way a dog would experience the world. Now there have been quite a lot of books written this way, but not all succeed. Marion's book succeeds in spades. Marion told me in our emails that when she first conceived of writing the book in this style, she wasn't sure she could pull it off. But once she "plunged in" she loved it! And of course, it's not just a story about a lost dog looking for a home. It's also a story about how we're all, in one way or another, looking for some kind of connection, a heart connection, to make our world full.

Marion has connected with countless readers over the years. She's also an amazing teacher who has helped other writers find their way in an unfamiliar world. But her real heart connection is a doe-eyed cavalier King Charles spaniel named Dawn. Although Marion needs no introduction, let's meet Dawn in today's Fido and Friend in Five:

1. How did you and Dawn find each other?  I found myself living with my older cavalier King Charles spaniel, a black and tan named Sunshine'n'Shadow. Sunny and I had been accustomed to having another person in the house as well as two or three cats. So, deciding we needed a companion, I went searching for a puppy. When I brought Dawn home, Sunny wasn't exactly thrilled with the idea of an in-your-face puppy, but eventually she learned a manner or two--as puppies will--and they made friends. And how glad I was to have Dawn when Sunny died! She's five now and has gone completely deaf--something that can happen to Cavs--but she's still a healthy and happy companion. I'm rather deaf, too, so I understand.

2. What makes Dawn's tail wag?  Food, walks, a good chase through the house after a walk is done, and going on play dates with her cousin, a Cairn terrier named Rikki.

3. What's your all-time favorite dog story?  I guess it would have to be Lassie Come-Home, because it's the stories from childhood that stay.

4. If Dawn could change just one thing about you, what would it be?  She would get me untied from that dang computer and taking more walks!

5. In five words, tell us what Dawn means to you:  She is my heart's companion.

That just sums it up, doesn't it? With the love of a dog, your heart can never lose its way. Many, many thanks to Marion and Dawn for visiting Fido and Friend in Five. Be sure to check out not only Marion's website but also her blog. Such great information for writers and those who's dream is to become a writer!
Posted by Bobbie Pyron at 12:39 PM