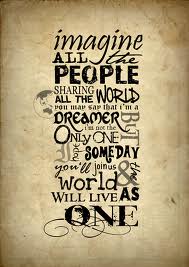 Yesterday I spent some time at a school down in Salt Lake City doing a booking signing for their Scholastic Book Fair. They had me set up at a table in the large lobby, unfortunately far away from where the actual book fair took place, so I wasn't exactly overwhelmed with kids wanting me to sign their books!

Wow. I went back to my table surrounded by memories of high school, all the times I got sent to the principal's office because I refused to recite the Pledge of Allegiance. It was the early 1970's and I, like many others in the country, were doing small (and not so small) acts of rebellion to protest the Vietnam War. I felt so strongly that our country's involvement was so misguided and destructive I did not want to pledge an allegiance. I also felt there were far too many injustices in this country to claim, as it does in the proclaim "justice for all." After I was sent to the principal for about the tenth time, he finally called my mother. She came down and gave that principal what-for.

I still don't recite the pledge, on those rare occasions I'm in the situation where it's being recited. I've often said, the older I get, the more I understand and even embrace the sentiments in John Lennon's song, "Imagine." I truly feel it's that division of "us" versus "them" that has created so much heartache in this world. Every religion feels it has God's ear and the corner on truth; every country believes it is the best country, every person thinks their way of living, their way of raising their children, their way of loving is the best and, therefore, the only way.

Some people have called John Lennon's "Imagine" the anthem for atheists.  I don't think that's true. I think all Lennon was trying to say is we need to somehow eliminate these artificial barriers so that we can all--Christian, Muslim, Republican, Democrat, heterosexual, homosexual--can "live as one."

So thank you, Hawthorn Academy, for understanding and respecting differences, and for giving students the choice to pledge or not. It sure would have saved me a lot of trips to the principal!
Posted by Bobbie Pyron at 12:04 PM